How did we get here? Well, when historians summarize the Trump team’s approach to dealing with the coronavirus, it will take only a few paragraphs:

“They talked as if they were locking down like China. They acted as if they were going for herd immunity like Sweden. They prepared for neither. And they claimed to be superior to both. In the end, they got the worst of all worlds — uncontrolled viral spread and an unemployment catastrophe.

“And then the story turned really dark.

“As the virus spread, and businesses had to shut down again and schools and universities were paralyzed as to whether to open or stay closed in the fall, Trump’s poll numbers nose-dived. Joe Biden opened up a 15-point lead in a national head-to-head survey.

“So, in a desperate effort to salvage his campaign, Trump turned to the Middle East Dictator’s Official Handbook and found just what he was looking for, the chapter titled, ‘What to Do When Your People Turn Against You?’

“Answer: Turn them against each other and then present yourself as the only source of law and order.”

America blessedly is not Syria, yet, but Trump is adopting the same broad approach that Bashar al-Assad did back in 2011, when peaceful protests broke out in the southern Syrian town of Dara’a, calling for democratic reforms; the protests then spread throughout the country.

Had al-Assad responded with even the mildest offer of more participatory politics, he would have been hailed as a savior by a majority of Syrians. One of their main chants during the demonstrations was, “Silmiya, silmiya” (“Peaceful, peaceful”).

But al-Assad did not want to share power, and so he made sure that the protests were not peaceful. He had his soldiers open fire on and arrest nonviolent demonstrators, many of them Sunni Muslims. Over time, the peaceful, secular elements of the Syrian democracy movement were sidelined, as hardened Islamists began to spearhead the fight against al-Assad. In the process, the uprising was transformed into a naked, rule-or-die sectarian civil war between al-Assad’s Alawite Shiite forces and various Sunni jihadist groups.

Al-Assad got exactly what he wanted — not a war between his dictatorship and his people peacefully asking to have their voices heard, but a war with Islamic radicals in which he could play the law-and-order president, backed by Russia and Iran. In the end, his country was destroyed and hundreds of thousands of Syrians were killed or forced to flee. But al-Assad stayed in power. Today, he’s the top dog on a pile of rubble.

I have zero tolerance for any American protesters who resort to violence in any U.S. city, because it damages homes and businesses already hammered by the coronavirus — many of them minority-owned — and because violence will only turn off and repel the majority needed to drive change.

But when I heard Trump suggest, as he did in the Oval Office on Monday, that he was going to send federal forces into U.S. cities, where the local mayors have not invited him, the first word that popped into my head was “Syria.”

These cities, Trump stressed, are “all run by very liberal Democrats. All run, really, by radical left. If Biden got in, that would be true for the country. The whole country would go to hell. And we’re not going to let it go to hell.”

This is coming so straight from the Middle East Dictator’s Handbook, it’s chilling. In Syria, al-Assad used plainclothes, pro-regime thugs, known as the shabiha (“the apparitions”) to make protesters disappear. In Portland, Ore., we saw militarized federal forces wearing battle fatigues, but no identifiable markings, arresting people and putting them into unmarked vans. How can this happen in America?

Authoritarian populists — whether Recep Tayyip Erdogan in Turkey, Jair Bolsonaro in Brazil, Rodrigo Duterte in the Philippines, Vladimir Putin in Russia, Viktor Orban in Hungary, Jaroslaw Kaczynski in Poland, or al-Assad — “win by dividing the people and presenting themselves as the savior of the good and ordinary citizens against the undeserving agents of subversion and ‘cultural pollution,’” explained Stanford’s Larry Diamond, author of “Ill Winds: Saving Democracy From Russian Rage, Chinese Ambition, and American Complacency.”

In the face of such a threat, the left needs to be smart. Stop calling for “defunding the police” and then saying that “defunding” doesn’t mean disbanding. If it doesn’t mean that then say what it means: “reform.”Defunding the police, calling police officers “pigs,” taking over whole neighborhoods with barricades — these are terrible messages, not to mention strategies, easily exploitable by Trump.

The scene that The Times’s Mike Baker described from Portland in the early hours of Tuesday — Day 54 of the protests there — is not good: “Some leaders in the Black community, grateful for a reckoning on race, worry that what should be a moment for racial justice could be squandered by violence. Businesses supportive of reforms have been left demoralized by the mayhem the protests have brought. … On Tuesday morning, police said another jewelry store had been looted. As federal agents appeared to try detaining one person, others in the crowd rushed to free the person.”

A new Washington Post-ABC News poll, according to The Post, found that a “majority of Americans support the Black Lives Matter movement and a record 69 percent say Black people and other minorities are not treated as equal to white people in the criminal justice system. But the public generally opposes calls to shift some police funding to social services or remove statues of Confederate generals or presidents who enslaved people.”

All of this street violence and defund-the-police rhetoric plays into the only effective Trump ad that I’ve seen on television. It goes like this: A phone rings and a recording begins: “You have reached the 911 police emergency line. Due to defunding of the police department, we’re sorry but no one is here to take your call. If you’re calling to report a rape, please press 1. To report a murder, press 2. To report a home invasion, press 3. For all other crimes, leave your name and number and someone will get back to you. Our estimated wait time is currently five days. Goodbye.”

Today’s protesters need to trump Trump by taking a page from another foreign leader — a liberal — Ekrem Imamoglu, who managed to win the 2019 election to become the mayor of Istanbul, despite the illiberal Erdogan using every dirty trick possible to steal the election. Imamoglu’s campaign strategy was called “radical love.”

Radical love meant reaching out to the more traditional and religious Erdogan supporters, listening to them, showing them respect and making clear that they were not “the enemy” — that Erdogan was the enemy, because he was the enemy of unity and mutual respect, and there could be no progress without them.

As a recent essay on Imamoglu’s strategy in The Journal of Democracy noted, he overcame Erdogan with a “message of inclusiveness, an attitude of respect toward [Erdogan] supporters, and a focus on bread-and-butter issues that could unite voters across opposing political camps. On June 23, Imamoglu was again elected mayor of Istanbul, but this time with more than 54 percent of the vote — the largest mandate obtained by an Istanbul mayor since 1984 — against 45 percent for his opponent.”

Radical love. Wow. I bet that could work in America, too. It’s the perfect answer to Trump’s politics of division — and it’s the one strategy he’ll never imitate. 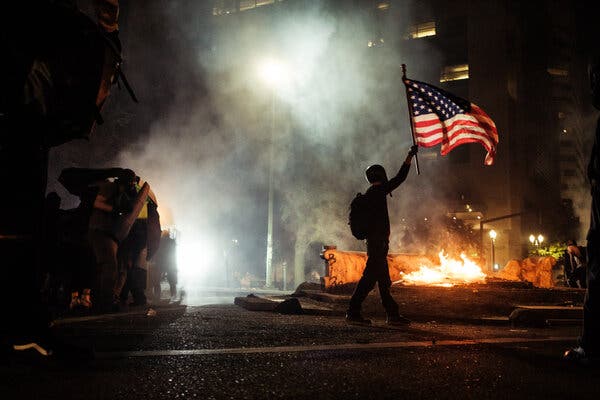