Firing of Museum Director Stirs Debate and an Official Inquiry

Nathalie Bondil, the first female director of the Montreal Museum of Fine Arts, is credited by some to have put the museum on the map internationally.

She has worked there for more than two decades, rising to become a high-profile leader in the art world while maintaining close ties with art museums in Europe where she once worked.

It is perhaps not surprising, then, that the minister of culture and communications for the province of Quebec would declare earlier this month, when Ms. Bondil’s job security was questioned, that “the Montreal Museum of Fine Arts is Nathalie Bondil!”

But it did startle many in the art world when the museum announced three days later that Ms. Bondil’s contract had been terminated, effective immediately.

Her departure has unleashed a tempest in the art circles of Canada, where the Montreal museum is viewed as something of a national treasure; the debate over why she was let go has led to such confusion and rancor that the government has stepped in to investigate.

Museum directors at the Musée d’Orsay and Palais de Tokyo in Paris denounced the board’s decision. The director of the Louvre told a French newspaper that “no head of a museum should be treated like this.” Some of the museum’s paying subscribers called for a special assembly at which they said they intend to pull back the curtain on Ms. Bondil’s dismissal.

“I always say that I wanted to end on a high note,” Ms. Bondil said in an interview. “This isn’t a high note — it’s an explosive note.”

As for the reasons for Ms. Bondil’s firing, there seem to be two competing narratives.

The president of the board of trustees, Michel de la Chenelière, has said Ms. Bondil, 53, was unwilling to take steps to address complaints of a “toxic” work environment at the museum — some of which, he said, she had been responsible for fostering.

Ms. Bondil, on the other hand, said it was her unwillingness to publicly praise a recruiting process that resulted in the promotion of Mary-Dailey Desmarais to the role of a “director of the curatorial division.”

The Canadian press has questioned whether the elevation of Ms. Desmarais, a respected curator, was influenced by her family’s wealth. Ms. Bondil has not embraced that view, but she has said that her support for another candidate was seen as “insubordination” and led to her dismissal.

Both sides say the other is constructing a story to distract from what really happened. Both have welcomed the government’s investigation as an opportunity to air out the truth.

“The president rules the museum and does not respect checks and balances,” Ms. Bondil said. “The investigation will help us understand the true reason for the firing decision.”

According to Mr. de la Chenelière’s account, the chain of events that ultimately led to Ms. Bondil’s termination on July 13 began with the union that represents museum employees approaching the board last year with complaints about the workplace environment. The museum then hired an outside human resources management consultant to assess the situation, according to the news release that accompanied the announcement that Ms. Bondil had been let go. The consultant reported back a “significant and multilayered deterioration of the workplace climate, described by some employees as ‘toxic,’” the release said.

Mr. de la Chenelière said in an interview that the thrust of the complaints was that there was too much pressure on the employees in the curatorial department, and that pressure came, in good part, from Ms. Bondil. The board’s solution, he said, was to introduce a position called director of the curatorial division, which was intended to lighten Ms. Bondil’s workload. (Ms. Bondil’s held two titles: both director general and chief curator of the museum.)

“It was also to put somebody between Ms. Bondil and the 70 people of this department,” he said, “to have somebody to settle the problems.”

Enter Ms. Desmarais, the curator of international modern art. A committee of the museum’s board selected her as their choice for the curatorial position, and the museum said that the full board of trustees approved the choice unanimously.

But days after the promotion was publicized, a Montreal newspaper reviewed an internal scorecard that assessed the candidates for the job, including Ms. Desmarais. She had been given the lowest score of the four contenders, the newspaper said.

Ms. Bondil has said that she did not see Ms. Desmarais as the best person for the job; instead, she wanted the new position to be split into two and for Ms. Desmarais to occupy a deputy role.

The museum has vigorously defended its decision to appoint Ms. Desmarais. They have pointed to her Ph.D. in art history from Yale and her years of experience in the museum’s curatorial department, starting with her position as an associate curator in 2014. It put forward a declaration of support for Ms. Desmarais signed by 11 employees who make up the main curatorial team.

The Canadian press, though, raised the question of Ms. Desmarais’s connections.

In 2008, Ms. Desmarais, 39, became part of one of the richest families in Canada when she married Paul Desmarais III, the grandson of Paul Desmarais Sr., a deceased financier who had close ties to Canadian prime ministers, including Pierre Elliott Trudeau.

The museum’s Jean-Noël Desmarais Pavilion, which opened in 1991, is named, in part, after Paul Desmarais Sr. His son, André Desmarais, has been involved with fund-raising for the museum.

Ms. Desmarais did not respond to a request for comment.

The museum’s board president said he laments that Ms. Desmarais has been “caught in the crossfire” of the institution’s public feud with its former director. Ms. Bondil said she also thought it was unfortunate that Ms. Desmarais had become part of the conversation, saying she has nothing against her.

But she said that she believes her dismissal was precipitated by her unwillingness to endorse an announcement that described the search as rigorous.

Ms. Bondil said that when Mr. de la Chenelière asked her to endorse such a statement, “I could not agree.”

“I said, ‘I can’t write that,’” she continued. She said that she and other museum staff members had been excluded during the decision making process.

Mr. de la Chenelière acknowledged that there was a disagreement about what Ms. Bondil would say in the announcement about the promotion but that it had nothing to do with her termination several days later.

“It was a consequence of her management style,” Mr. de la Chenelière said.

The inquiry by the Quebec government will be conducted by an outside firm and is expected to take three to four weeks, Mr. de la Chenelière said. The investigators will interview museum employees, members of the board and former employees who left the museum because, he said, they wanted to escape the workplace culture.

The province’s culture ministry has justified its intervention by pointing out that the government of Quebec is the museum’s largest funder. Nathalie Roy, the minister of culture and communications, has asked for access to the human resources report that was used to help explain Ms. Bondil’s dismissal, but the museum has refused, citing promises of confidentiality to the participants.

With the outpouring of support from museum leaders, Ms. Bondil is expected to land easily at her next job. Still, she didn’t plan to end her 13-year tenure as museum director in a public battle with the institution where she has spent a good part of her career. She said that she sees the whole mess as, partly, a result of muddled communication and lack of person-to-person contact because of teleworking during the coronavirus lockdown. 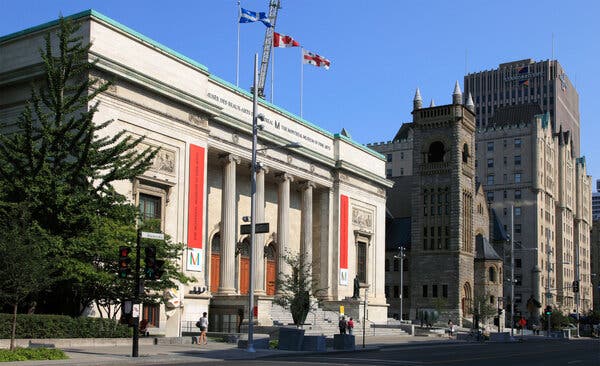