MONTREAL — A Canadian court has ruled that a treaty with the United States that allows Canada to turn away asylum-seekers coming from the United States if they originally entered there from a third country violates Canada’s constitution.

Human-rights advocates have long criticized the pact, saying it tacitly encourages asylum-seekers to circumvent Canada’s official land borders because if they try to enter at an official crossing, they will be refused entry and returned to the United States, subject to some exceptions.

In a case brought by several refugee advocate groups as well as by individual asylum-seekers, the Federal Court of Canada in Ottawa ruled that the bilateral pact, the Safe Third Country Agreement, breached Canada’s Charter of Rights and Freedoms, which guarantees the right to “liberty” and “security.”

In a more than 60-page ruling, Justice Ann Marie McDonald cited the conditions asylum-seekers said they had faced while in detention in the United States, including lack of access to adequate health care or legal counsel.

She cited the example of Nedira Jemal Mustefa, a Muslim woman from Ethiopia and a litigant in the case, who testified that she had been forced to eat pork in contravention of Muslim dietary laws. She also was held in solitary confinement for one week at the Clinton Correctional Facility in New York State, describing the facility as “freezing cold.”

She told the court her experience had been “terrifying, isolating and psychologically traumatic.”

In her ruling, the judge wrote that “Canada cannot turn a blind eye to the consequences that befell Ms. Mustefa in its efforts to adhere to” the treaty.

Among the groups bringing the court challenge were Amnesty International and the Canadian Council for Refugees.

Mary-Liz Power, a spokeswoman for Canada’s Minister of Public Safety, said the ministry was reviewing the court’s decision, which does not become effective until Jan. 22.

The Canadian government has six months to respond to the ruling and can appeal to the Federal Court of Appeal. If the ruling is overturned, the litigants could potentially appeal to the Supreme Court of Canada.

Canadian proponents of the treaty argue that it is an effective means to control the border and that the agreement was entered into on the basis that the asylum systems of both Canada and the United States meet the necessary level of protection for asylum-seekers under international law.

Karen Musalo, a professor of law at the University of California, Hastings College of Law in San Francisco, who testified on behalf of those making the legal challenge, called the decision an “indictment of the inhumanity of the American detention system for asylum-seekers.”

Justin Mohammed, a law and policy adviser at Amnesty International Canada, said the legal case was part of a longstanding effort to press Canada to recognize that the human rights of asylum-seekers were being violated in the United States, a situation, he said, that had worsened amid the anti-refugee ethos of the Trump administration.

He added that the decision was all the more important during a global pandemic when overcrowding in American detention centers posed an even greater risk to the health and security of asylum-seekers.

“The court decision throws cold water on the idea that when Canada returned refugees to the United States that they will be treated with respect for their dignity and human rights,” Mr. Mohammed said. 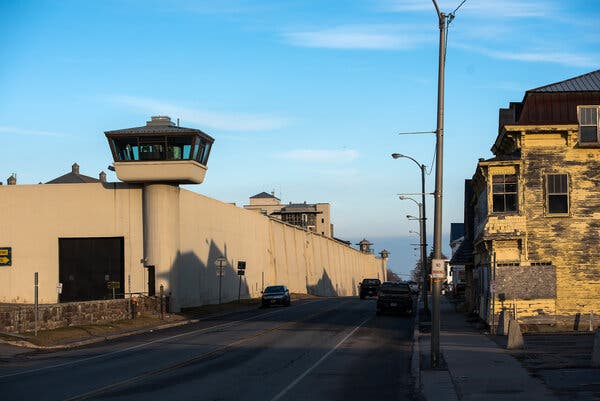