12 Hidden Gems to Play on the Nintendo Switch

In a year of trauma and socially-distanced isolation, the Nintendo Switch has been a means for personal escape and for forging long-distance connections. For some, grabbing a Switch and a copy of Animal Crossing: New Horizons has been a popular, if expensive, means for self-care.

But there’s more to the Switch than Animal Crossing and other heavily-marketed Nintendo-published games like the magical single-player adventure game The Legend of Zelda: Breath of the Wild, the colorful multiplayer fighting game Super Smash Bros. Ultimate or the hard-to-find exercise game Ring Fit Adventure. Here are some worthwhile hidden gems to check out.

(Some are available as physical releases. All can be purchased for download in the Switch’s online store.)

…get Picross S4. The long running Picross series should appeal to fans of crosswords and Sudoku. As with those puzzles, Picross games present players with a grid that they must fill, one square at a time. Instead of inputting words or numbers, players fill those squares with color (usually black) or leave them blank, based on numerical clues alongside each row and column. A completed grid reveals a pixelated picture: maybe a dog, a vase or a spaceship. Small grids are easily solved in seconds, but larger one can take close to an hour. S4 includes hundreds of Picross puzzles, including two set on massive 30×30 grids. (For a twist, a Switch game called Murder By Numbers mixes Picross puzzles with a murder mystery.)

…try your best with Baba Is You, a game in which you can change the rules by pushing them around. Picture this: You’re shown a game board that includes a flag that your character must reach in order to win the level. The problem is the flag is walled off. On the other side of the wall is a critter named Baba. You control Baba. After all, Baba is you.

Near Baba are the adjacent words “wall,” “is” and “stop.” Combined, they establish the very logical rule that Baba cannot pass through a wall. If you use Baba to push any of those word away from the others, that rule ceases to exist. Suddenly you’re able to make Baba walk through the wall and into the flag. Later levels are mind-bendingly hard and will lead players to wonderful moments of epiphany or desperate Google searches for solutions.

…take on Lonely Mountains Downhill, a visually lovely game about riding a bicycle down treacherous hills. Yeah, it’s as simple as that, though the game can get devilishly difficult as you try to keep your rider from falling off their bike while attempting a shortcut through densely packed trees or down a rocky slope. If you fall, you must try again from higher up the mountain. The game may be a meditative pursuit for perfection for some, an infuriating sequence of failures for others.

…there are few excellent traditional sports games on the Switch, but there are a pair of excellent games that, of all things, riff on golf. What The Golf is a comedy that challenges players to complete increasingly silly holes of golf. First, you’re just swinging a club and sinking a ball, but soon you’re trying to sink the club itself, or you’re driving a little car to the hole, or the hole you’re aiming or keeps moving, and so on.

Golf Story is a quirky story-driven game about a man trying to realize his childhood aspiration to be good at golf. You spend the game ambling around golf courses, chatting with the colorful characters who hang out there, playing holes against them and slowly increasing the abilities of your character.

…dive into 80 Days, a beautifully written interactive story that takes inspiration from the Jules Verne novel “Around the World in Eighty Days.” As the valet Jean Passepartout, you travel around the world with your employer, Phileas Fogg. You choose how the largely text-based story unfolds by selecting which lines of text will continue the narrative and by deciding which of the game’s nearly 200 cities your characters will travel to next.

…listen to Sayonara Wild Hearts, a set of dreamlike short-session games that play a set of interactive music videos. The action of a given level is largely predetermined. There’s a motorcycle chase through a magical purple city. There’s a dance-like face-off with an enemy gang. These events unfold as long as the player rhythmically taps buttons to keep them going. The player is essentially a conductor for the fantasy that plays out before them.

…try the big-budget Assassin’s Creed Rebel Collection. It’s a compilation of swashbuckling adventures set in recreations of historical settings such as the golden age of piracy and the Seven Years’ War. The most provocative game in the pack, Assassin’s Creed Freedom Cry, is set in 18th-century Haiti. It puts the player in the boots of a pirate and once-enslaved man named Adéwalé and lets you liberate people from plantations and slave ships.

…explore InOther Waters. This quiet game is as much about its interface as it is about a strange aquatic world that our lead character slowly explores. The game’s visuals are dominated by an ornate set of knobs, buttons and a rotating pointer, which are all used to guide a diving craft through the game’s mysterious depths.

…go with Untitled Goose Game, a short, playable comedy in which you’re a goose on a mission to antagonize the humans around you (start by figuring out how to get a gardener to walk into his own sprinkler). One of the Switch’s buttons is reserved just for eliciting a loud “HONK!”

…you might enjoy the monochromatic-looking Return of the Obra Dinn, which puts players on the deck of a ship in 1807 and challenges them to figure out what happened to the crew, who all seem to be dead or missing. The player is equipped with two crucial items: a timepiece that lets them explore frozen moments from the past and a book that slowly fills with their discoveries. The challenge is to figure out who the dozens of people on board the ship were and, through observation, logic and good instincts, what happened to them.

…then consider some less conventional picks. The overlooked Sushi Striker: The Way Of Sushido is a comical adventure in a world where people battle by making sushi. It plays out as a series of high-speed cooking challenges. Or take a look at Clubhouse Games: 51 Worldwide Classics, one of Nintendo’s newest Switch releases, which offers a compilation of classic games, including poker, checkers, billiards and a mechanical game of baseball. Nearly all can be played in a multiplayer mode and are presented with trademark Nintendo polish, letting the Switch serve as a Swiss Army Knife of simple delights. 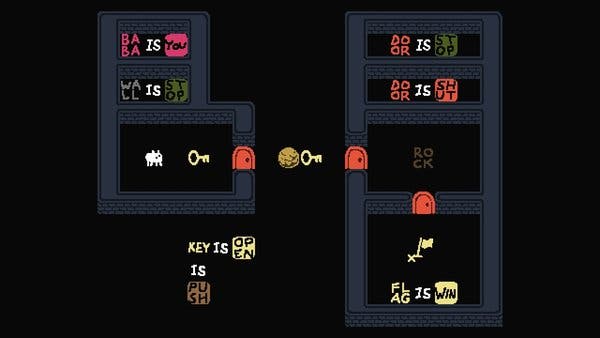